Thomas LeBlanc, the president of George Washington University in Washington, D.C., announced plans Tuesday to retire after the upcoming academic year, placing an end date on an often-criticized tenure marked by discord with faculty members and students.

LeBlanc shared his plans to retire in a letter addressed to “Members of the George Washington University Community.” As the university plans for more normal operations after extensive pandemic-related disruptions, it is a time to think about the long-term future, the letter said.

“The course of my presidency was disrupted by the pandemic that had to become the priority over the last 14 months; the next 14 months need to be largely focused on a transition to the ‘new normal’ and to completing some key initiatives,” LeBlanc wrote. “I concluded that at that time the university would be best served by a president who could then focus on working with all stakeholders on the long-term strategic direction of the university.”

LeBlanc’s announcement comes after he received blowback from faculty members and students on numerous fronts over the years: his leadership style, his understanding of GW’s culture, what critics saw as a lack of commitment to diversity and inclusion, and a controversial plan to shrink the size of GW’s student body while tilting it toward math, engineering and science majors.

GW enrolled about 27,000 students in the fall amid the pandemic. That’s up from 25,260 in 2011, when LeBlanc’s predecessor who was president at GW for a decade, Steve Knapp, was leading the institution. But it’s down from a high of about 28,000 in 2018. The pandemic-era decline was virtually all among undergraduate enrollment, which fell to 11,104 from about 12,000 in recent years.

LeBlanc’s departure plans drew praise from some faculty members who had been critical of him in the past.

“This is an honorable decision which gets the university out of a very tough spot,” Harald W. Griesshammer, an associate professor of theoretical physics and member of the university Faculty Senate’s executive committee, said in an email. “I am sad that it had to come thus far. When President LeBlanc arrived, he had the good will of the community, but over his tenure and after a series of missteps underestimating GW’s own culture and traditions, it became clear that he could not rally faculty and students to his vision of GW.”

The GW Faculty Association, an independent group open to full-time faculty members, posted a message on its website with the title, “Hallelujah!”

“The GW Faculty Association is gratified that the Board of Trustees and GW administration have come to agree with us and the vast majority of the GW faculty that Thomas J. LeBlanc is not the right president for our university,” it said. “We look forward to working with the Board of Trustees, the Faculty Senate and the faculty, staff and students of the GW community in selecting a new president with a commitment to shared governance and to making GW the excellent and equitable university it should be.”

Grace Speights, the chair of GW’s Board of Trustees, expressed gratitude for LeBlanc’s work.

“We are grateful for President LeBlanc’s leadership and dedication to strengthening GW at its core,” said a letter Speights addressed to the university community Tuesday. “He navigated the challenges of a pandemic with a commitment to the safety and well-being of our campus community and worked to promote diversity and improve the student experience throughout his term.”

GW hired LeBlanc to be its 17th president in 2017, when he was executive vice president and provost at the University of Miami — a private university that, like GW, was formerly known as a commuter institution before growing into a nationally recognized brand. LeBlanc, a computer scientist, had earlier been dean in the College of Arts, Sciences and Engineering at the University of Rochester.

Critiques of his presidency grew loud by last year, when some students and faculty members called for his resignation, criticizing his approach to meeting diversity and inclusion goals. His administration put forward a much-criticized plan to enroll far fewer students while increasing the percentage majoring in science, technology, engineering and math, which sparked pushback because of projections it would decrease student diversity. LeBlanc paused strategic planning amid the pandemic.

LeBlanc told the board a new president should guide GW’s long-term strategic planning, according to Speights’s letter issued Tuesday.

“What if the majority of the students agreed to shoot all the Black people here?” LeBlanc said in the video. “Do I say, ‘Oh, well, the majority voted?’ No. In this country we have rights. One of the rights is free speech and academic freedom, and I have to defend that.”

LeBlanc apologized for his words in the recording, saying he’d been trying to make the point that majority rule should not suppress others’ human rights.

Then over the summer, the university moved to hire a Michigan State marketing executive involved in efforts to shield documents from the sexual abuse investigation into university doctor Larry Nassar and Michigan State’s handling of complaints against Nassar. The executive ultimately revoked her acceptance of the GW job offer after a petition circulated against her hiring.

More recently, a faculty survey reflected unhappiness with LeBlanc’s leadership. More than half of survey participants said they have no confidence in the president’s effectiveness as a leader, The Washington Post reported last week. Over half said he does not work to promote a culture of trust, and slightly less than two-thirds of respondents said he isn’t transparent.

Faculty members were far more positive about the way LeBlanc handled the pandemic, with 77 percent responding that GW’s leaders prioritized health and safety, according to the Post.

Speights pledged to focus on the university’s strengths going forward.

“As we conduct a nationwide search for the right candidate to succeed him, the board will focus on building on the university’s core strengths as a home for rigorous academic inquiry and student-focused learning in an increasingly complex and diverse world,” she said in her letter. “We will invest in the academic infrastructure and build new areas of excellence.”

Griesshammer, of the university Faculty Senate’s executive committee, believes faculty members better understand what they need from a president as LeBlanc enters his final year.

“At the end of his tenure, faculty now have a much more concrete understanding about where this institution should go, and of the leadership style that will get us there,” Griesshammer said. “Now the university community as a whole must collaboratively take charge of shaping the future. No deus ex machina will help. No excuses anymore. We need to deliver.”

Nov. 24, 6:17 a.m. Boston College has postponed men’s hockey games against the University of Notre Dame this Friday and Harvard University next Tuesday.   The college said the decision was made to comply Read more…

China is developing rapidly, even outside its borders. In today’s Academic Minute, Boston University’s Blake Alexander Simmons determines how China’s foreign projects could have a huge impact. Simmons is a postdoctoral research fellow at BU. Read more… 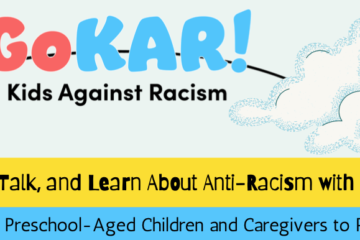 Recruiting for a research study on the effectiveness of antiracism training for white children is on hold at the University of Texas at Austin. This follows a complaint to the Department of Education’s Office for Civil Read more…