Advice for successful male mentorships of women in academe (opinion)


Recognition of the imbalance between men and women in the academy is not new. We have known for more than a decade that although women constitute a majority of undergraduate students, women in political science Ph.D. programs have continued to lag. We also know that women scholars in the related field of security studies are three times less likely to always feel welcome at a major academic conference. Relatedly, academic conferences have been criticized for their lack of family care and the continued practice of gendered harassment.

Purposeful mentoring of women by men may help women overcome some of the inequalities we’ve just described. A male mentor can open professional doors for female mentees, even in undergraduate studies, and may have authority to impact and alter environments once they have “recognized that their values were not always shared by others in their organizations,” as a Harvard Business Review article notes. Certainly, such changes may not come easily, and mentors may need “courage and persistence in order to overcome resistance to gender inclusiveness even in their own teams and peer groups.”

But mentor relationships between men and women can provide academic and workplace advantages that bolster overall academic and career success. A Gallup-Purdue Index study (now the Strada-Gallup Alumni Study) found that “having such a mentor more than doubled a graduate’s odds of being engaged in their work and thriving in their overall well-being.” This promising level of return on investment makes it even more crucial that male mentors go the extra mile to engage in mentorships of women that help to dismantle the deeply embedded patriarchal structures that have created such hurdles for women in political science as well as other disciplines.

We should also note as well that women academics of color are the most at risk for leaving the sciences along the “leaky pipeline” and therefore illustrate the added burden of juggling intersecting and marginalized identities in our competitive field. Our own mentor and mentee experience, which has spanned more than a decade, is the story of two white academics, and we recognize that it has certainly included privileges along the way that are built into our racial identities.

Work together as equals. There’s no way around the innate power imbalance between mentor and mentee, but a successful partnership requires that both people use that imbalance to the best of their advantage. For the male mentor, this means being proactive in treating the female mentee as a scholarly equal, especially within public, professional academic settings.

We met when one of us, Kate, was an undergraduate junior and the other, Tobias, was a first-year assistant professor. In the following two academic years, we co-authored two papers that became two separate conference presentations. The writing process was vital for helping Kate transition from writing a typical term paper to understanding the mechanics and elevated expectations of writing a professional paper. The time between conferences allowed for major edits and revisions based on the comments our paper received and allowed her to understand the academic publishing process from the ground up.

This guidance matters a great deal for female academics, as they historically submit work to professional journals in lower numbers, especially during times of crisis. Male mentors can use their experience with journal submission to encourage their female mentees to overcome fears around this process, particularly as co-authors and equals.

Evidence shows that women tend to be far less confident in professional settings, even when these women are highly educated and qualified to be in those settings. A male mentor should work with the mentee to ensure that her initial introduction into the professional academic world is manageable and empowering. The first conference we chose was a student-friendly state political science association’s annual meeting. This choice gave Kate some grounding in the discipline and its academic expectations without the imposing and intimidating climate of a major conference. Once she became more confident in her professional work, Tobias then encouraged her to take other work to a major conference.

At both conferences, and in all professional settings, Tobias specifically introduced Kate to many different scholars in the discipline, always making sure to refer to her as “my co-author.” This purposeful introduction helped to put us on an equal professional footing. It also gave Kate the confidence to be more direct in reaching out to other scholars to discuss projects, attend networking events and build professional contacts. It was through networking at these conferences and those that would follow that she met fellow graduate students who would become graduate school colleagues, new mentors, future co-authors and academic friends who would go on to help her to develop in many other areas of the profession.

Acknowledge shortcomings. Mentors can clearly play an important role in the academic trajectory of an undergraduate, but it may be less obvious that a strong mentoring relationship is equally vital for a woman Ph.D. who is newly on the tenure track. A staggering gender gap remains between men and women who obtain tenure. Of the many extra roadblocks that female early scholars face, the behavior and attitudes of men in academic disciplines are often the largest — specifically, damaging attitudes and behaviors of male scholars, students and romantic partners. Male mentors who own and acknowledge their privileges, especially when white, heterosexual and cisgendered, can play a powerful part in helping female mentees to mitigate the possible damage from bad actors in those groups.

Don’t be a fair-weather ally. Along the way, both mentor and mentee will certainly face pushback from institutions and people who seek to maintain the status quo. That can even happen in the classroom, as a great deal of evidence shows the gender biases that male students may carry about female instructors. Many women faculty members, including Kate, have encountered male students who are verbally abusive, openly disrespectful and even threatening. That inexcusable and often misogynistic treatment is even worse for women faculty of color. Male mentors can address such issues with their own male students and colleagues, encouraging respect for female professors as equals.

In our own mentoring relationship, Kate had the added stress of being an academic parent of small children. Tobias has guided her on how to navigate institutions and structures that have not been historically helpful to women scholars with children. This kind of support, including the willingness of male colleagues to demand fair practices for female academic parents, is vital for changing the current professional landscape that contributes to leaving women behind. Male mentors must be willing to be steadfast allies, especially in the face of these challenges.

This is not a prescription for how men in academe can save women. If anyone is unsure about what women can do without men, we would be happy to present several thousand exhibits. Yet in higher education institutions, men still hold more power. Those with the most power have the greatest responsibility to change systems that are unequal. Men can do a portion of this hard work by being steadfast mentors of women on all rungs of the academic ladder. We hope this essay provides some insight on where to start. 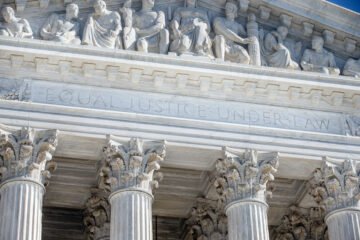 The Supreme Court on Monday ruled unanimously that the National Collegiate Athletic Association may not bar modest payments to athletes. The court upheld a 2019 ruling by a federal district court judge, which in turn Read more…

Michigan Lifts Most Rules for the Vaccinated June 21, 6:12 a.m. The University of Michigan has lifted most rules imposed under the pandemic — if people have been vaccinated against COVID-19, MLive reported. Effective today, Read more… 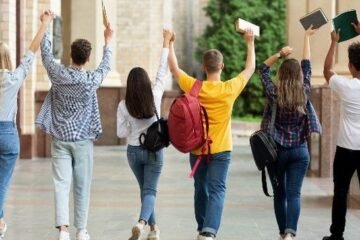 The COVID-19 pandemic put campus modernization into limbo. The rise of hybrid learning, mounting deferred maintenance costs, and widening operational gaps are just a few of the reasons for uncertainty in campus master plans. But Read more…